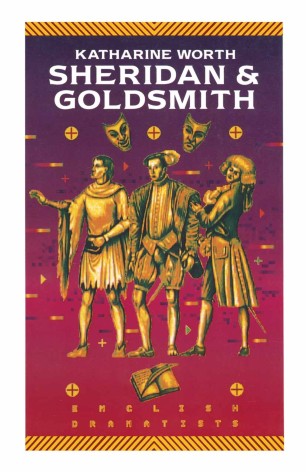 Each generation needs to be introduced to the culture and great works of the past and to reinterpret them in its own ways. This series re-examines the important English dramatists of earlier centuries in the light of new information, ew interests and new attitudes. The books will be relevant to those interested in literatire, theatre and cultural history, and to threatre-goers and general readers who want an up-to-date view of these dramatists and their plays, with the emphasis on performance and relevant culture history.

This book explores the reasons for the deep and lasting appeal of Sheridan's and Goldsmith's comedies, showing how they operate at the profound imaginative level and draw on their author's experience as Irish wits in an English scene. Their subtle dramatic techniques are examined in relation to physical features of the eighteenth-century stage. A chapter on sentimental comedy relates to plays such as Hugh Kelly's False Delicacy to the balance of irony and sentiment in Goldsmith's The Good Natur'd Man and Sheridan's A Trip to Scarborough. The continuing freshness of the comedy of mistakes, masks and Harlequin-like role playing which the two playwrights draw from the operatic and theatrical conventions of their day is illustrated from modern productions. These have helped to illuminate the psychological truth and social awareness underlying the sparkling surfaces of Sheridan's and Goldsmith's classic comedies.

KATHARINE WORTH is Emeritus Professor of Drama and Theatre Studies in the University of London and Honorary Research Fellow, Royal Holloway and Bedford New College. She is known as a writer on Beckett and modern Irish and English drama.