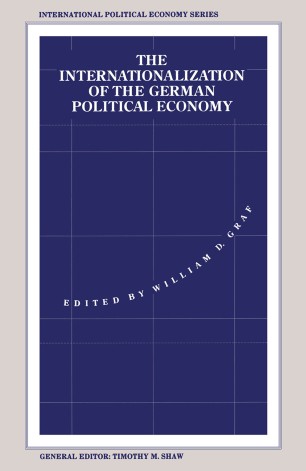 The Internationalization of the German Political Economy

Evolution of a Hegemonic Project

The internationalization of the German political economy in the postwar era has produced a special socio-economic and political formation which this anthology views as a 'hegemonic project'. Based upon a virtually total West German integration into the 'West', this project has evolved within a new international division of labour and a global political system in which the German state, with its extreme level of export dependency and need for stability, has become a guardian and champion of the global status quo.