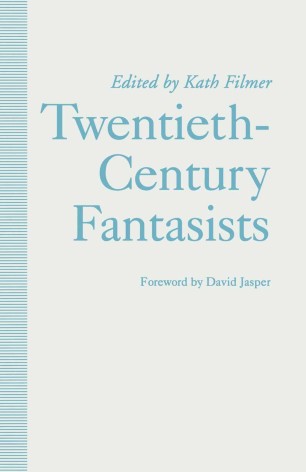 Essays on Culture, Society and Belief in Twentieth-Century Mythopoeic Literature

Twentieth-Century Fantasists is a collection of essays which examine the way in which fantasy literature functions as cultural and social criticism. Essays on Tolkien, Le Guin, Angela Carter, H.G. Wells and C.S. Lewis are included: and also works by William Burroughs, Ford Madox Ford, and Salman Rushdie are discussed. The book surveys the social and cultural changes of the twentieth century as reflected in the works of fantasy writers.

KATH FILMER teaches English at the University of Queensland. She is a Director of Writing and Editorial Services, taking workshops and seminars to readers' and writers' groups throughout Australia. She has edited The Victorian Fantasists and is author of The Fiction of C.S. Lewis: Mask and Mirror. She is a poet, publishing regularly in Poetry Monash, a journalist, and a writer of short fiction.