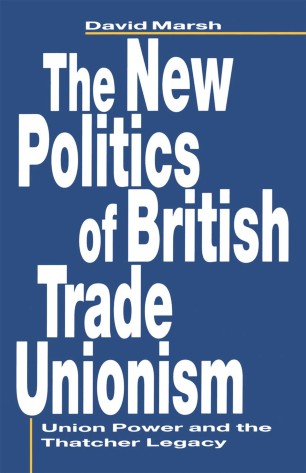 Union Power and the Thatcher Legacy

The curbing of trade union power is often seen as one of the major achievements of Margaret Thatcher's premiership. David Marsh's book provides a broad-ranging introduction to British trade unionism in the 1990s and an assessment of the last decade's major changes in legislation, policing and attitudes. He concludes that while the political role of unions has been reduced, much less has changed at shopfloor level; moveover what has changed has owed more to economic recession than government action.