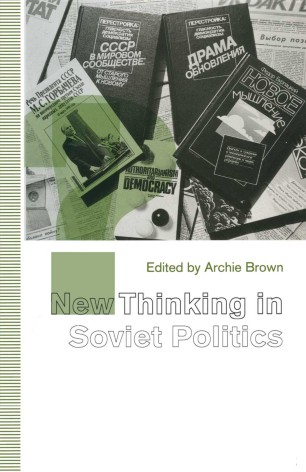 The most comprehensive analysis of new thinking in Soviet politics yet undertaken, embracing writing on the Soviet economy, the political system, the national question, foreign policy and the future of world communism. The authors are among the best-known and most highly-regarded specialists on the Soviet Union in the Western world.