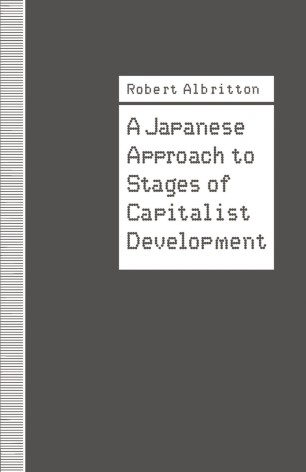 A Japanese Approach to Stages of Capitalist Development

This book uses the levels of analysis approach first developed by Japanese political economist Kozo Uno to theorize stages of capitalist development. Stage theory is understood as a mid-range theory informed both by the theory of a purely capitalist society and by historical analysis. The four stages of mercantilism, liberalism, imperialism, and consumerism are theorized according to an abstract type of capital accumulation, which is understood broadly to include mutually supporting economic, ideological, legal, and political practices.