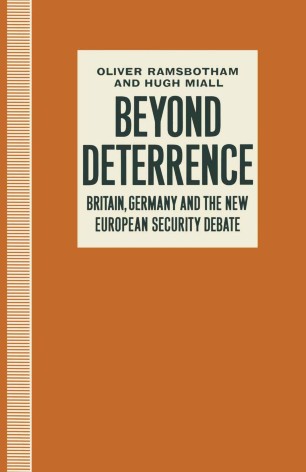 The collapse of communism in Eastern Europe, the unification of Germany, the withdrawal of Soviet troops, the possible disintegration of the Soviet Union, disengagement of the United States and creation of a federal Europe - all this has changed the security context in Europe and stimulated a Europe-wide debate about the future. Deep questions about the nature of security itself have been raised. This book will add fuel to the debate.