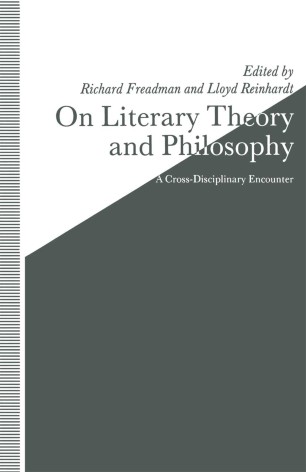 On Literary Theory and Philosophy

The principle aim of this book is to explore the relationship between contemporary literary theory and analytic philosophy. The volume addresses this issue in two ways: first, through four exchanges between, on the one hand, proponents of avant-garde literary theory and, on the other, proponents of analytic philosophy (or of related literary critical positions); and second, through three cross-disciplinary essays on the relationship in question. Central topics in the volume include Self, Ethics, Interpretation, Language and characterisations of 'analytic' and 'continental' philosophy.