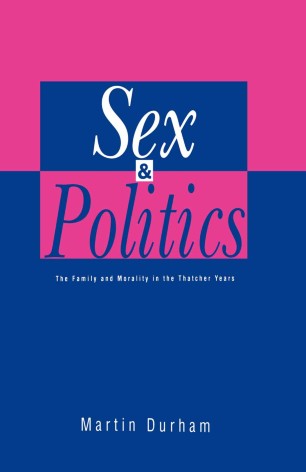 The Family and Morality in the Thatcher Years

Since Margaret Thatcher's election in 1979, a recurrent theme in government rhetoric has centred around the family and moral values. During its years in office, the government has passed legislation on sex education and obscenity and been involved in battles over abortion, contraception for under-16s and other issues. This study examines the work of moral crusades during the Thatcher years and their relationship to the government and the New Right and challenges those accounts which see Thatcherism as pursuing a consistent moralist agenda and which equate anti-abortion campaigners or critics of sex education with America's Moral Majority. '...as a comparatively short book, an enormous amount is crammed in without adversely affecting readability. I found the chapter on abortion masterly...this is a publication I heartily recommend...informative, readable.' Diane Munday, The Freethinker