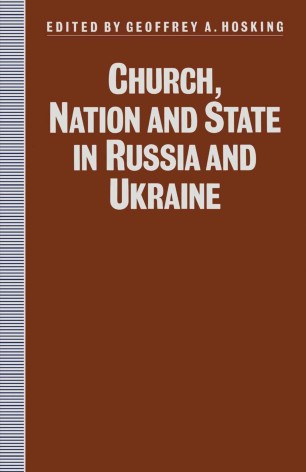 Church, Nation and State in Russia and Ukraine

The opportunities opened up by the Gorbachev reforms have shown that religion is one of the most significant dynamic forces in Soviet society. Yet few scholars have attempted to relate the study of churches and religious movements in recent centuries to the politics and culture of the Soviet Union. To remedy this deficiency, leading western experts on Christianity in the Eastern Slav lands gathered at a conference in London on the occasion of the millennium of the baptism of Rus'. Their papers present unexpected and fascinating insights into an under-rated but crucial aspect of the life of the Soviet peoples.