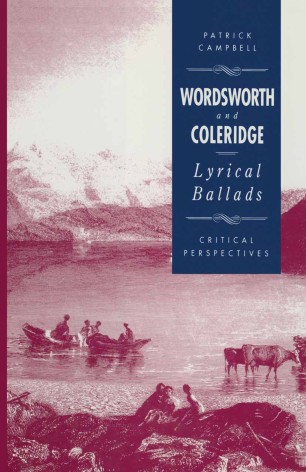 Lyrical Ballads have always been wedded to controversy. Though the judgments of the periodicals and the ensuing authorial reaction have long since been superseded by a plethora of scholarly interpretations, the debate still focuses on their elusive, paradoxical character. Are the poems traditional or experimental, a random collocation or an organised sequence? Patrick Campbell surveys the critical fluctuations of nearly two centuries while privileging recent approaches which have sought fresh perspectives on the volume - contextual, formalist and genre based, psycho-analytic, materialist, maverick.

PATRICK CAMPBELL is a principle lecturer in English at Middlesex Polytechnic and has written several articles which range from Tennyson, Shakespeare and Siegfried Sassoon to the work of the rock 'n' roll singer Ian Dury.