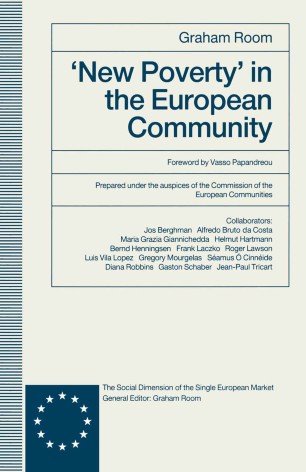 ‘New Poverty’ in the European Community

During the 1980s, poverty became a major issue of debate in the countries of the E.C. Social researchers, political decision-makers and the mass media have argued that this poverty takes new forms and affects new groups of the population. This book first provides a critical analysis of these debates and the political interests which are involved. It then brings together the latest evidence on the changing patterns of poverty in the Community countries during the 1970s and 1980s and concludes by examining the likely effects on poverty of the Single European Market.