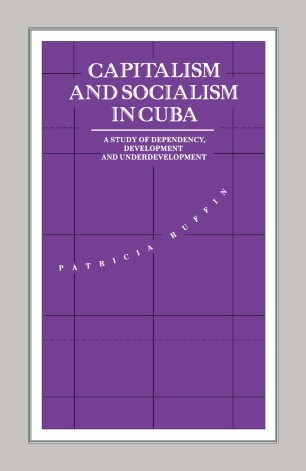 Capitalism and Socialism in Cuba

A Study of Dependency, Development and Underdevelopment

Capitalism and Socialism in Cuba documents the history of the attempts by a small island nation to survive and gain respectability within an everchanging international political economy. Professor Ruffin presents a detailed account of the social, political, and economic forces affecting Cuba's prospects for development under both capitalism and socialism. Part one of the study focuses on Cuba's historical association with capitalism and the relationship that Cuba established with the United States. Part two of the study delineates the nature of Cuba-Soviet relations and deals exclusively with the question of socialist dependency. Professor Ruffin's study is a systematic analysis of the internal (race and class formations) and external (capitalism and socialism) factors that have thus far shaped Cuban history.