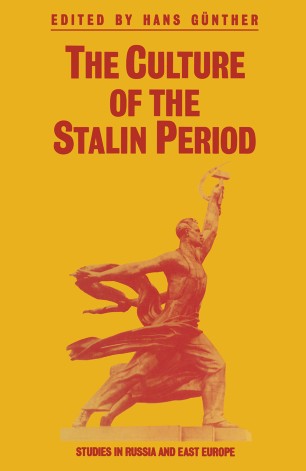 The Culture of the Stalin Period

Up to now the culture of the Stalin period has been studied mainly from a political or ideological point of view. In this book renowned specialists from many countries approach the problem rather 'from inside'. The authors deal with numerous aspects of Stalinist culture such as art, literature, architecture, film and popular culture. Yet the volume is more than a mere collection of studies on special issues. It is an inquiry into the very nature of a certain type of culture, its symbols, rites and myths. The book will be useful not only for students of Soviet culture but also for a wider audience.