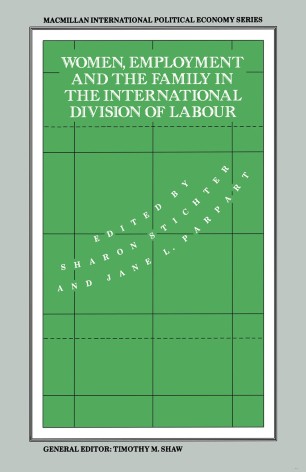 Women, Employment and the Family in the International Division of Labour

In the present stage of international capitalist development, women are increasingly being drawn into paid employment by multinational and state investment in the Third World. This volume investigates the interrelations between women's participation in the urban wage economy and their productive and reproductive roles in the household and family. It brings together a selection of important recent research on all major regions of the developing world by leading scholars in this emerging field. It argues that the household itself is an important determinant of the character and timing of women's labour force participation, and it assesses the extent to which family patterns can be expected to change as women increasingly work outside the home.