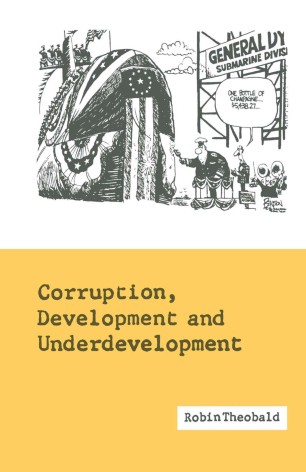 Corruption, for most of us, almost immediately evokes images of the third world especially countries like Nigeria, Mexico and India. Whilst we may concede that corruption exists in developed countries it is generally thought to be under control. Despite such widely-held views there is very little hard evidence on the actual extent of corruption in any country. This book strives to look behind impressions in an attempt to determine what factors underlie the high profile of corruption in UDCs. For an adequate understanding of the phenomenon the global character of corruption is emphasized as well as the necessity of locating within a broader process of economic and social change.