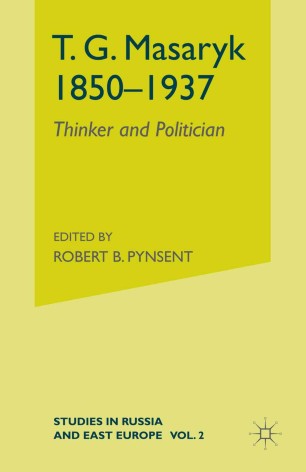 Between the wars a personality cult grew around Masaryk. These three volumes constitute the first balanced critical assessment of the actual achievement of the university professor who became the first president of Czechoslovakia. In this the first volume scholars from Europe and North America offer new insights into the career and ideas of Masaryk during the three decades preceding the outbreak of World War I. They appraise his role as critic of injustice and outworn tradition, providing a most significant interpretation of his place in modern history.