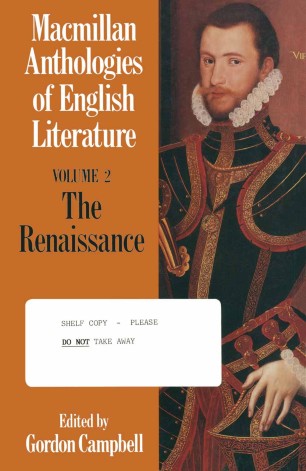 This volume brings together drama, poems and prose from a wide range of English Renaissance authors. Many complete texts are included, and there are substantial selections from major writers such as Spenser, Shakespeare, Donne and Milton, with a carefully-chosen range of the best writing of lesser-known authors. Along with extracts from familiar plays, the famous Elizabethan lyrics and poems in the Metaphysical tradition, there are prose writings such as King James's tract on the evils of smoking and the Duchess of Newcastle's reflections on women writers. Texts have been carefully modernised, thus making some fully accessible to readers for the first time, while still reflecting the rich and various styles of writing in this exciting period.