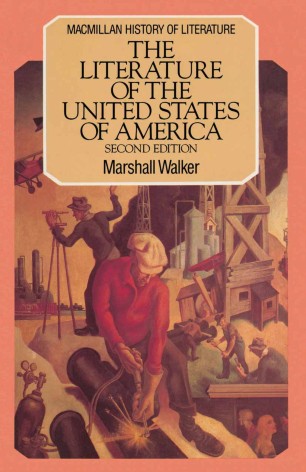 The Literature of the United States of America

American literature over the last four hundred years has developed distinctive qualities and traditions, partly engendered by the land itself. The rich variety of literature flourished as the land was colonised and cultivated. In this new edition Marshall Walker has updated his wide-ranging study of American literature by giving greater attention to poets from Hart Crane and e.e.Cummings to John Ashbery and A.R.Ammons and to novelists from William Burroughs and Kurt Vonnegut to John Irving. More space is given to drama, from the later works of Tennessee Williams and Arthur Miller to the plays of Sam Shepard and David Mamet. The special concerns of Black, Jewish and Women writers are explored as this book demonstrates that American literary history can no longer be considered largely in terms of regional dominances.

MARSHALL WALKER has taught American literature for many years, formerly at Glasgow University and now at the University of Waikato, Hamilton, New Zealand, where he is Professor of English. His published works include Robert Penn Warren: A Vision Earned (1979).