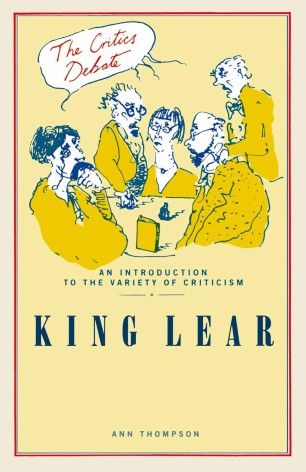 Part of the The Critics Debate book series (CD)

King Lear is an enormous work in every sense. Despite the misgivings and often pertinent criticisms of earlier generations of critics, it seems now to be accepted as the greatest monument of our culture: the most revered play by the most revered writer in our language.

In this study, Dr. Thompson first analyses the many critical approaches to King Lear, placing in context the formal, historical, social, philosophical, religious, mico-level and performance-based approaches. In her Appraisal section, she investigates the phenomenon of 'The Greatness of King Lear', surveying the wider issues of the status of 'classic' texts and the formation and perpetuation of literary canons. She also discusses arguments by critics who have questioned the high evaluation of King Lear, and the arguments of contemporary critics whose approaches have the effect of displacing traditional evaluations altogether.

ANN THOMPSON is Senior Lecturer in English at the University of Liverpool. She has published a number of articles on Shakespeare, an edition of The Taming of the Shrew and two books, Shakespeare's Chaucer and (with John O. Thompson) Shakespeare, Meaning and Metaphor.