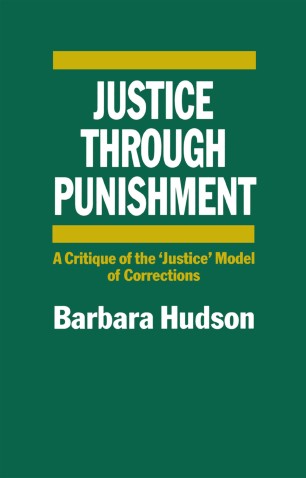 A Critique of the ‘Justice’ Model of Corrections

During the 1950s and 1960s the Criminal Justice System in Britain, the USA and Western Countries was largely dominated by a treatment/rehabilitation model of criminal correction. While humane in intent, this often led to irrationality and inconsistency in sentencing, with prison behaviour determining the length of incarceration more than the original offence. The 1970s and early 1980s have seen the pendulum swing back towards punitive sentencing - a justice model whereby the punishment fits the crime. This book is the first serious appraisal of such 'justice models' based on a broad theoretical and empirical critique drawing on work in the USA and Britain which maintains a critical distance also from proponents of 'treatment'.