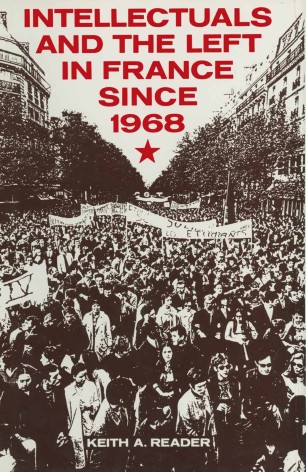 Intellectuals and the Left in France Since 1968

Lacan, Althusser, Derrida, Foucault - the currency of these names in the world of modern thought is widespread. But all too often in the English-speaking world their work and ideas are considered without reference to the context in which they were produced, and this is the gap that this new study sets out to fill. The major revaluation of what constituted the 'political', set in train by the 1968 events is a key theme here, and the work of the best-known French intellectual figures of the time both illuminates and is illuminated by it. But it is not just a new reading of already familiar figures that the reader will find in this work. Writers little-known in the English-speaking world, or hitherto not extensively treated in English, receive similar contextualising attention, so that the recent upsurge in sociology or the impact of a dissident Marxist such as Henri Lefebvre take their place alongside better-known figures in the first book-length English-language survey of one of the most exciting, and often bewildering, periods in European intellectual history.