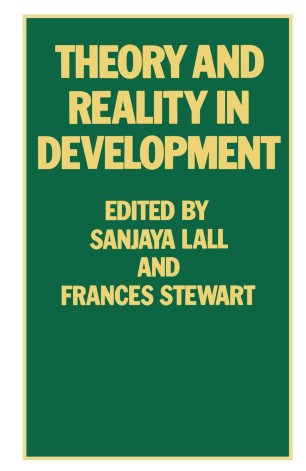 Theory and Reality in Development

Essays in Honour of Paul Streeten

This collection of papers by some of the world's leading development economists is remarkable for its wide scope. It covers such varied topics as stagflation in the third world; the extension of free trade to include international investment; the early 1980s in Latin America; the economic growth of Africa and communal land tenure systems and their role in rural development. As well as representing important contributions in themselves, the papers acquire unity from a similarity in approach - always giving priority to reality if it comes into conflict with theoretical bias.

Frances Stewart is Emeritus Professor of Development Economics, Emeritus Fellow of Somerville College and Director of the Centre for Research on Inequality, Human Security and Ethnicity (CRISE), University of Oxford, UK. Among many publications, she is the co-author of UNICEF’s influential study Adjustment with a Human Face and author of Horizontal Inequalities and Conflict. She has directed a number of major research programmes including several financed by the UK Government’s Department for International Development and has served as Chair of the United Nations Committee on Development Policy.