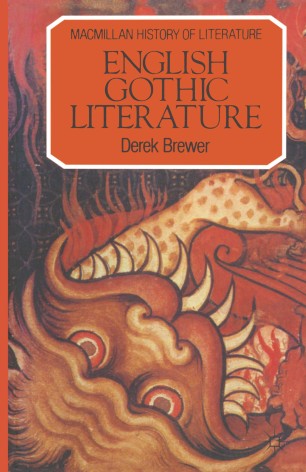 The centuries between 1100 and 1500 were the crucible in which English language and literature, after the blow of the Norman Conquest, were reformed with results that affected all later times. The national language and literary culture were reconstructed influences. The medieval centuries present a fascinating success story of recovery, inventiveness and major achievement in all aspects of national life.
In literature, lyric verse, narrative poetry, drama and discursive prose were all established in characteristic modes. In the present book many works are discussed, while such masterpieces as the works of Chaucer, Langland's Piers Plowman, the poems of the Gawain-poet and Malory's Morte Darthur are shown as the secular equivalent in words of the great medieval Gothic cathedrals. The forms of this varied body of literature had as characteristic a period style as contemporary Gothic art and architecture themselves. English literature may equally be described as Gothic, with assumptions and achievements which both lead to and contrast with later Neoclassical styles. Black and white photographic illustrations further the comparison and suggest some background.
English Gothic literature derives from many interrelated social context - court, town, monastery and countryside. It was recorded in manuscripts that blend the qualities of popular speech and folktale with some of the more impersonal regular qualities of printing, that last of fundamental medieval inventions. In this new concept of the history of medieval literature, Derek Brewer illuminates the major literary works with detailed exposition to make them available to the reader coming fresh to them. At the same time he places them in the context of developing literacy and individualism, secular realism, romantic love, personal religion, etc., setting forth a coherent framework of cultural history which will challenge the interest of those who already know the period.

DEREK BREWER is Master of Emmanuel College, Cambridge. He has written many books and essays on medieval and later English literature, especially on Chaucer.