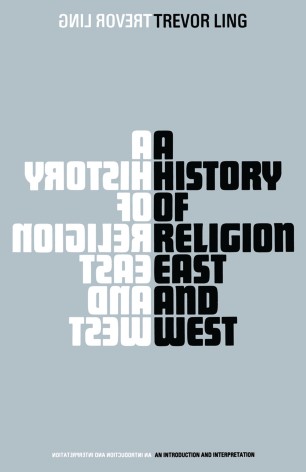 A History of Religion East and West

An Introduction and Interpretation

The religious traditions of Asia and Europe, the 'East' and 'West' of the title, are sometimes regarded as being in sharp contrast with each other, the one 'mystical', the other 'prophetic'. Whenever their religions are not so contrasted they are usually treated in isolation from each other: the religion of Israel, Zoroastrianism, Judaism, Christianity, Hinduism, Jainism and Buddhism. Dr Ling, however, stresses that there is considerable overlap and interpenetration between the two types and areas, and that it is important to see the historical inter-relation between these religions and to observe how, during given periods of history, there are parallel developments or significant divergences. He covers the period 1500 B.C. to the present time, providing an outline of the development of Asian and European religious traditions and institutions, and discussing the social and economic factors involved in the development of religous traditions, although he shows that such factors alone do not account for the religious life of man. Dr Ling goes on to interpret the contemporary significance of these religions and their potential for the future life of humanity. He suggests that the present stage of religious advance is characterised by open-endedness towards the future; not all religions exhibit this character, but none has yet exhausted the possibilities of development. This book is intended for use an an introduction to the study of religion. Although reference is made in the text to sources of further information, the book can be used without reference to them.