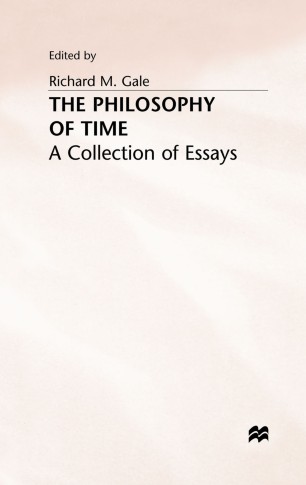 A Collection of Essays

In what sense does time exist? Is it an objective feature of the external world? Or is its real nature dependent on the way man experiences it? Has modern science brought us closer to the answer to St. Augustine's exasperated outcry, 'What, then, is time?' ? Ever since Aristotle, thinkers have been struggling with this most confounding and elusive of philosophical questions. How long does the present moment last? Can we make statements about the future that are clearly true or clearly false? And if so, must we be fatalists? This volume presents twenty-three discussions of the problem of time. A section on classical and modern attempts at definition is followed by four groups of essays drawn largely from contemporary philosophy, each preface with an introduction by the editor. First, in a chapter entitled 'The Static versus the Dynamic Temporal', four philosophers advance solutions to McTaggart's famous proof of time's unreality. In the next two sections, the discussion turns to the meaning of the 'open future' and to the much-debated nature of 'human time'. Finally, modern science and philosophy tackle Zeno's celebrated paradoxes. The essays by Adolf Gr�nbaum, Nicholas Rescher, and William Barrett are published for the first time in this volume.

RICHARD GALE was born in New York City in 1932. He received his Ph.D. from New York University in 1961; after teaching for three years at Vassar College, he joined the faculty of the University of Pittsburgh, where he is now Associate Professor of Philosophy. His philosophical papers have appeared in Mind, Philosophical Review, and other professional journals.