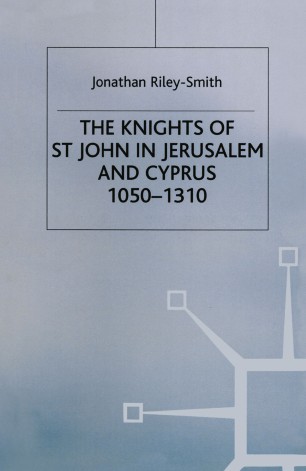 A History of the Order of the Hospital of St. John of Jerusalem Volume One

Written by a brilliant scholar, this book is the first volume of a major work, which makes full use of the very rich documentary material still surviving and relates it to the evidence of the chronicles. Oriental sources are not disregarded: use is made of Arabic material and the latest archaeological discoveries in the Near East. The author has concentrated upon the Order as an institution in the crusader states and as a powerful international religious corporation. He considers its growth to power, its participation in the polititcs of the Latin settlement in the East, its organisation, its position as an exempt Order of the Church, its properties and its methods of administration as a landlord in feudal states. For the first time, the Order of St John is treated in a way that is neither hostile nor romantically partisan: and the author's conclusions differ from those of other historians. In his description of the Hospitallers' policies, the place they occupied in the government of Latin Syria, their privileges and the way they lived, he shows how it was thay they - individuals as well as the corporate body - played such a significant part in the history of the Christian East in the twelfth and thirteenth centuries. This book is important to all those interested in the Knights of St John, the international Orders of mediaeval Christendom or the extra-ordinary states established by western Europeans on the eastern shores of the Mediterranean.

JONATHAN RILEY-SMITH is Dixie Professor of Ecclesiastical History at the University of Cambridge and a Fellow of Emmanuel College, Cambridge.