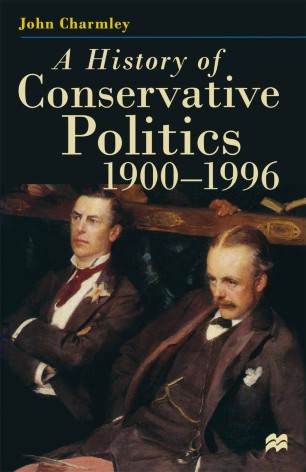 A controversial book, describing the role of the Conservative party and attempting to account for its success. With their fundamental distrust of change, how is it that the Conservatives have so successfully coped with it? John Charmley has written an entertaining but fair account of one of the principal forces in modern British history from the age of Lord Salisbury to that of John Major. It is illuminated throughout by a concentration upon the men (and the woman) who charted the party through a century of warfare and welfare.

JOHN CHARMLEY is Senior Lecturer in English History at the University of East Anglia. His most recent books are Churchill: The End to Glory and Churchill's Grand Alliance.