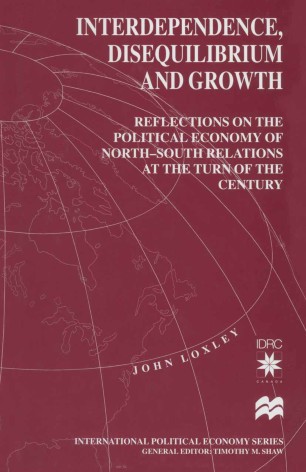 Loxley examines the impact of globalization on different countries and regions. Changing patterns of trade, industrialization, debt, aid and other financial flows are analysed as is the debate about structural adjustment programs. Four recent developments likely to have major implications for North-South relations are identified; efforts to reduce the US deficit; the emergence of regional trading blocs; the implementation of the Uruguay Round of GATT; and the collapse of the Soviet Union. Finally, the likely impact on North-South relations of pursuing alternative paradigms to economic growth is examined.

JOHN LOXLEY is Professor and Head of the Department of Economics at the University of Manitoba, Winnipeg, Canada. He lived and worked for many years in Africa. He was Research Manager, National Bank of Commerce, Tanzania 1967-69, Director of the Institute of Finance Management 1972-74 and taught in the Economics Departments of Makerere University (1965-7) and the University of Dar es Salaam (1969-72). He has served as an economic advisor on economic policy to the governments of Tanzania, Uganda, Madagascar, Mozambique and the Province of Manitoba. He is the author of Debt and Disorder: External Finance for Development and Ghana: The Long Road to Recovery and co-author of Towards Socialist Planning, Zambia: An Assessment of Zambia's Adjustment Experience and Structural Adjustment in Africa.