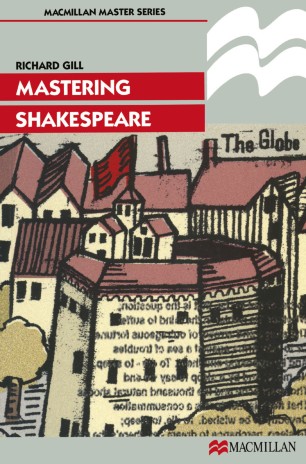 Mastering Shakespeare covers in detail the plays set in the National Curriculum through GCSE and A-Level to the major elements of Shakespearean drama studied in further education courses.

The book is divided into sections that deal with comedy, tragedy and history. Also included are detailed sections on the most popular plays in the theatre and in the examination room.

The book deals with the basic themes of Shakespeare, the kinds of characters he created, the stories he was attracted to, and the ways in which the plays work out on stage. Among the plays studied are A Midsummer Night's Dream, Merchant of Venice, Julius Caesar, Romeo and Juliet and Hamlet.

RICHARD GILL has many years' experience of teaching at school, further education and university level. He teaches English at Wyggeston & Queen Elizabeth I College, Leicester, and is a Research Fellow at the University of Leicester. He is the author of Mastering English Literature, and broadcasts regularly on the radio.