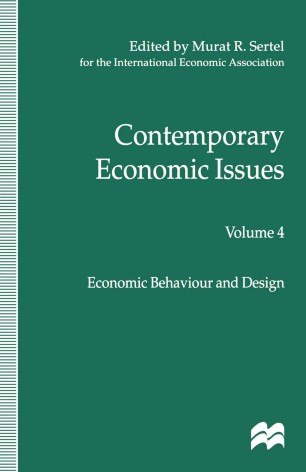 A guide to the experiences of economic reform since the second World War, and system reform and economic integration across the world in the past decade. The first part of the book examines why only a small number of developing countries have succeeded in their modernization attempts this century. What lessons can be learnt from the successes of the East Asian NIEs and failures of other economies to emulate them? The very different experiences of the transition to market economies in the former socialist countries of Eastern Europe and China is the focus of the next section, with comparisons drawn with the Latin American reform experience, especially in Chile. The effects of economic integration schemes are examined in the final sector, with case-studies of Tunisia and Morocco's Free Trade Agreements with the EU, and of economic integration and the Arab-Israeli peace process.