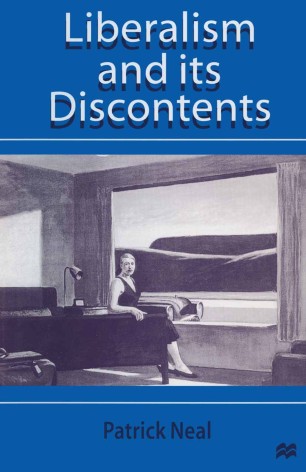 Liberalism and Its Discontents

In these essays the reigning models of liberal political theory of John Rawls and Joseph Raz are immanently criticized. Neal argues that neither 'political' nor 'perfectionist' liberalism adequately gives expression to the liberal spirit. Surprisingly, Neal finds resources for the expression of such a spirit in the much maligned tradition of Hobbesian, or 'vulgar', liberalism. He argues that a turn in this direction is necessary for the articulation of a liberalism more genuinely responsive to the diversity of modes of life in the twenty-first century.