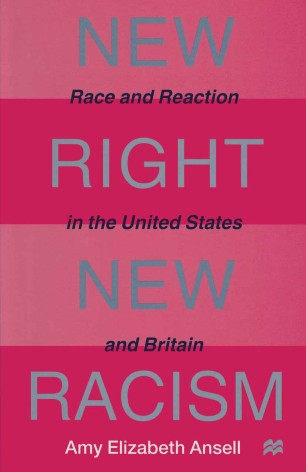 Race and Reaction in the United States and Britain

New Right, New Racism is a comparative analysis of the role of racialized symbols in the right turn of US and British politics in the late 1970s through to today. The author argues that the symbol of race has been central to the New Right's project to redefine the cultural codes and broader social imaginary upon which the consensus politics of the post-war years was built. In the process of mobilizing race as an ideological articulator of the exit from consensus politics, the New Right has promoted a new form of racism qualitatively distinct from more traditional forms.