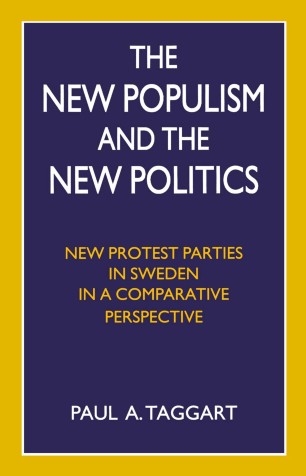 The New Populism and the New Politics

New Protest Parties in Sweden in a Comparative Perspective

Two of the major forces that have made an impact on West European politics in recent years have been Green and New Populist parties. While they differ radically in their ideological positions, policy prescriptions and bases of support, taken together they represent the left and right versions of a protest against the general direction and form of contemporary politics. Surveying the fortunes of these two types of parties in different countries, the author develops a framework for explaining their relative success and failure. Using the specific cases of two Swedish protest parties, the Green Party and New Democracy, a systematic comparison is made of their electoral constituencies, party organization and elite behaviour to show that there are common origins, similar difficulties but divergent strategies. The case study reveals the different way in which political systems incorporate contemporary left and right forms of protest.