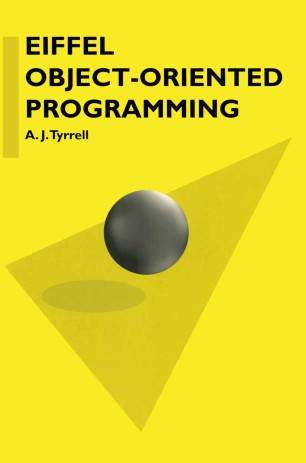 Eiffel is a pure object-oriented programming language which is attracting growing attention both in education and in industry. It is a high-level language, and is particularly suitable as a starting point for those who wish to learn the fundamentals of object orientation. Eiffel is, however, much more than a teaching language: it incorporates an approach to software development based on ideas of reusability, extendibility and reliability. Uniquely among object-oriented languages, it was created with mechanisms for making formal assertions about software components, based on the 'design by contract' philosophy. This book provides an introduction to object orientation and a practical introduction to virtually all the features provided by the Eiffel programming language. It is suitable for those with some experience of programming who wish to learn about object-oriented programming. It will also appeal to those who already have some knowledge of object orientation, and wish to find out about the Eiffel language. After an introductory chapter on object orientation, several of the early chapters review basic concepts required by readers with little formal knowledge of computer programming. From chapter 6 onwards the author examines more difficult issues of object instantiation, copying and comparison, and the use of class libraries for string and array handling.