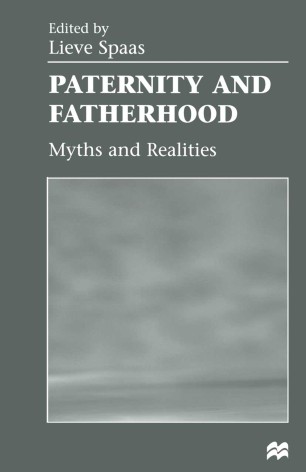 What kind of connotation does the word 'father' have in everyday language? How have states and governments defined and manipulated the paternal role? What is a 'father-figure'? What can literature tell us about absent or overbearing fathers? How far is the cultural construct of fatherhood linked to biological paternity, and what is biological paternity? These are some of the questions explored through the chapters in this book, which together offer a fascinatingly complex view of fatherhood across the centuries.

LIEVE SPAAS is Professor of French Cultural Studies at Kingston University. She has published on Rousseau and the eighteenth-century novel and is part of the CNRS Rousseau research team in Paris. Her socio-historical analysis of the correspondence of Catherine de Saint-Pierre to her brother Bernardin appeared in 1996, Lettres de Catherine de Saint-Pierre a son frère Bernardin. She is co-editor with Brian Stimpson of Robinson Crusoe: Myths and Metamorphoses, and is general editor of the `Cultural Studies Monographs' series with Berghahn Books.