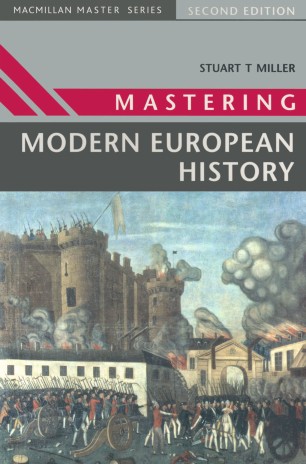 Mastering Modern European History traces the development of Europe from the French Revolution to the present day. Political, diplomatic and socio-economic strands are woven together and supported by a wide range of pictures, maps, graphs and questions. Documentary extracts are included throughout to encourage the reader to question the nature and value of various types of historical evidence. The second edition brings us fully up to the present day. Chapters on European Decolonisation, Communist Europe 1985-9, and European Unity and Discord have been added, and others have been substantially rewritten. An even wider range of illustrations and documentary source questions are included. The book is presented in a readable and well ordered format and is an ideal reference text for students.