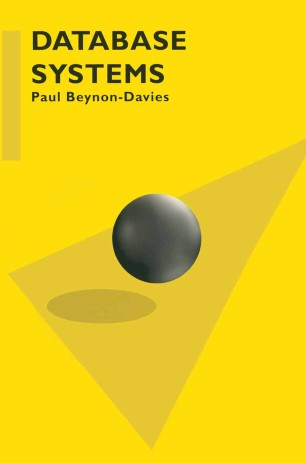 The main aim of this work is to provide one readable text of essential core material for most higher education and commercial courses on database systems. The book was developed from the author's experiences of running a number of academic and commercial courses on database technology for more than seven years. The text is organised into a number of parts. The introductory chapters set the scene for the core of the text. First, the key features of a database system are described. Then some key concepts are defined. Part one explores a number of contemporary architectures for database systems. Because of its current dominance, particular emphasis is given to the relational data model. Part two provides a description of the major elements of a contemporary relational database management system: interface, kernel and toolkit. The issue of distributed database systems is also addressed. The part concludes by reviewing two existing DBMS: one relational; the other object-oriented. Part three presents a discussion of the major techniques utilised in the design and implementation of database systems. The issue of administering data in organisations is also considered. Part four considers new applications for databases. It consists of three chapters which look at areas that have a significant effect on the functionality of database systems: the issue of parallelism (contributed by Professor Frank Sumner), the issue of embedded 'intelligence' and handling complex data.