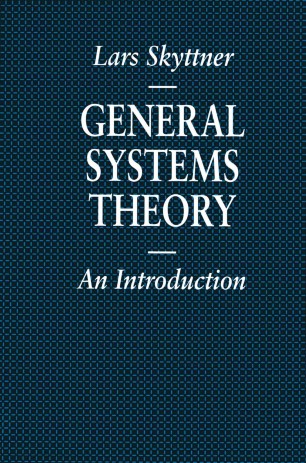 Systems theorists see common principles in the structure and operation of systems of all kinds and sizes. They promote an interdisciplinary science, intended for universal application and having a common language and range of concepts. This approach is seen as a means to overcome the fragmentation of knowledge and the isolation of the specialist; it also seeks new solutions to problems created by earlier 'solutions to problems'. The book is divided into two parts. The first part is devoted to the historical background of the systems movement and presents pioneering thoughts and theories of the area. The basic concepts of general systems theory are introduced, together with some well-known laws and principles; related topics, such as cybernetics and information theory, are also examined. The second part deals with some of the common applications of systems theory within systems science, including artificial intelligence, management information systems, informatics and other associated topics. Finally, an attempt is made to predict the future of systems theory in a world apparently destined to be at the same time both fragmented and integrated.