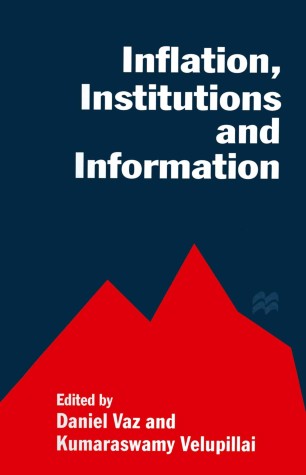 Essays in Honour of Axel Leijonhufvud

Macroeconomics has undergone profound changes since the Keynesian consensus broke down in the mid-60s. Axel Leijonhufvud belonged to that core group of distinguished macroeconomists who wrought the changes that brought back the classical questions to the subject: microfoundations, money, markets, institutions, information, transition dynamics and much else. He fashioned a whole series of conceptual innovations that have become part of the folklore of monetary macroeconomics. In this collection of essays distinguished colleagues and former students pay homage to this gentle intellectual giant. Issues that have featured at the centre of Axel Leijonhufvud's research for over 30 years are discussed by the contributors. History of thought, philosophy of science and transition dynamics in addition to the more central issues of money, inflation, monetary regimes, information, institutions, microfoundations, increasing returns and stabilizing speculation are some of the central topics discussed, empirically and theoretically, in these essays.