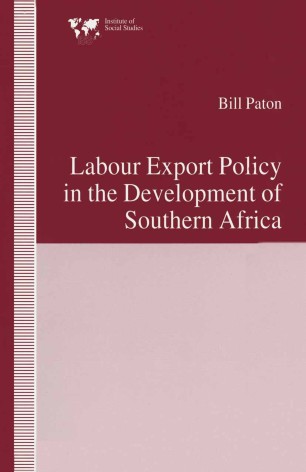 Labour Export Policy in the Development of Southern Africa

The book's broad theme is that the evolution of the power to control labour flows among different territorial jurisdictions was of major importance in the formation of a system of states. Labour export policy in eight countries in Southern Africa is examined over roughly the century 1890-1990 in Botswana, Lesotho, Malawi, Mozambique, Swaziland, Tanzania, Zambia, and Zimbabwe. The proportion of the total population absent working in another country is graphed for each, and combined, over the same period.