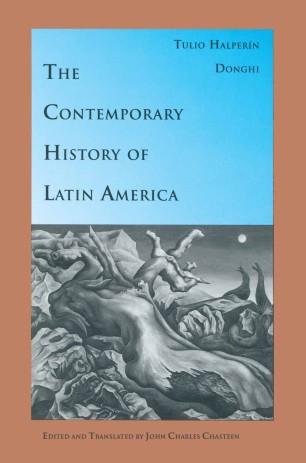 The Contemporary History of Latin America

Beginning with a survey of the late colonial landscape, The Contemporary History of Latin America traces the social, economic, and political development of the region to the late twentieth century, with special emphasis on the period since 1930. Chapters are organized chronologically, each beginning with a general description of social and economic developments in Latin America generally, followed by specific attention to political matters in each country. What emerges is a well-rounded and detailed picture of the forces at work throughout Latin American history. This book will be of great interest to all those seeking a general overview of modern Latin American history, and its distinctive Latin American voice will enhance its significance for all students of Latin American history. 'The translation of this classic work is long overdue. Halperin's remarkably skilful at interweaving threads of social, political, and economic history into a coherent whole in a way very few historians can.' - Deborah Jakubs, Council on Latin American Studies 'If Halperin's book owes its interpretive power and revisionist insights to the perspective and idea of the economists concerned with the roots of Latin American underdevelopment, it tempers these insights with a historian's broad view of historical change, a wide familiarity with primary documents, and an unrivaled command over available secondary sources.' Charles Berquist, University of Washington Seattle