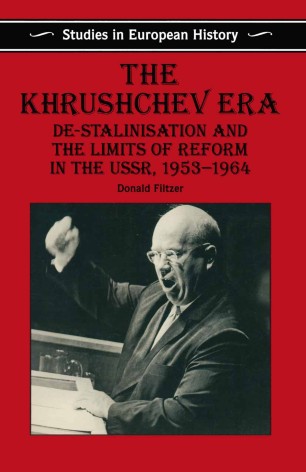 The Khrushchev Era examines the major political, social, and economic reforms of Nikita Khrushchev, from the 'Secret Speech' and Khrushchev's limited, but at the time earth-shattering critique of Stalin, to his ill-fated reorganizations of the Communist Party, agriculture, and industry. Besides giving a factual account of the reforms themselves, Filtzer analyses the complex factors behind their failure, focussing not so much on the inadequacies of Khrushchev as a leader, as on the structural obstacles to reform within the Stalinist system itself. As such the Khruschev period is shown to contain instructive historical lessons for our understanding of Mikhail Gorbachev and his own failed perestroika.