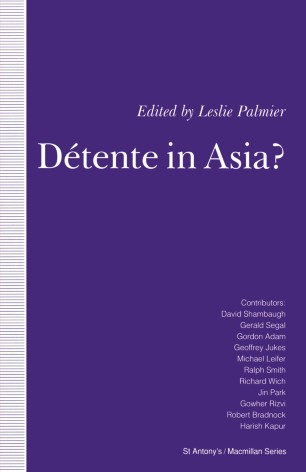 In this text, 12 authors discuss the extent to which detente between the superpowers has been reflected in Asia. The roles of the United States, the Soviet Union and China are considered, together with the situation prevailing in those countries which have been the object of superpower rivalry.