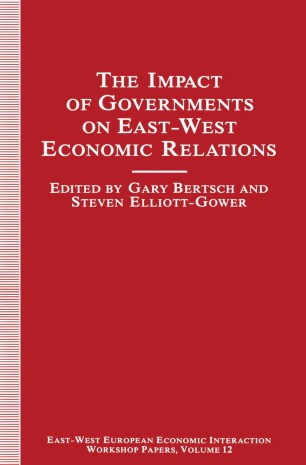 The Impact of Governments on East-West Economic Relations

In this volume the perceptive reader will find many clues to the future of the Soviet Union, Eastern Europe, East-West economic relations and the impact of governments in this area. The authors are aware of the mistakes of the past, the limitations of centralized planning, the dangers and the futility of confrontation; and the global significance of the new roles that governments must play in the transitional period of political and economic reform in the East.