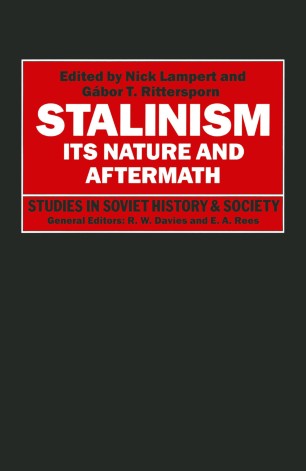 Stalinism: Its Nature and Aftermath

Essays in Honour of Moshe Lewin

This is a collection of essays (with contributors from Britain, Continental Europe and the USA) dealing with the character and aftermath of Stalinism in the USSR. The focus is on the interwar years and on the methodological problems of studying this period, but the volume highlights also the links between Stalinism and the Tsarist past, and the ways in which Stalinism, in its very formation, prepared the ground for its own demise. In this way it contributes to a historical understanding of the current upheavals in the Soviet Union.