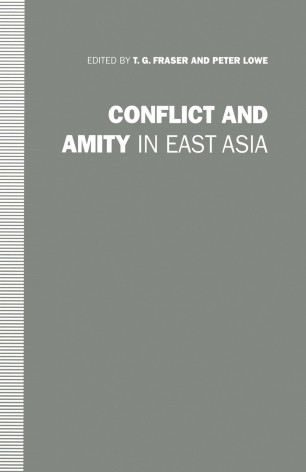 Conflict and Amity in East Asia

Essays in Honour of Ian Nish

This volume examines aspects of international relations in East Asia from 1895 to the present with particular reference to the role of Japan: the principal theme pursues the antecedents, nature, and consequences of the Pacific war (1941-5). The topics examined focus on the course of Japanese expansion, American-Japanese relations, Japanese reactions to war, the role of women during the conflicts in China and the Pacific, Anglo-American policies towards Japan, China, and Korea after 1945, Japanese-New Zealand relations, and Anglo-Japanese relations from the 1950s to the 1980s.