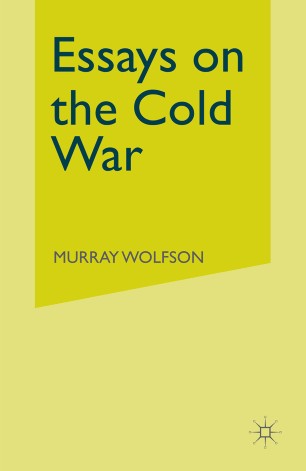 Essays on the Cold War

This book is concerned with the ideological origins of the cold war and how it was fought by economic means. The book revolves around four major themes. Firstly, it is argued that the origin of the cold war is not to be found in rational, economic motivation, but in ideology through which both the East and West perceived 'reality'. Secondly, these ideological preconceptions generated complex feed-back processes of hostility that lasted forty years. Thirdly, although this hostility was expressed in political, ideological and military terms, the decisive battle was fought in economic terms as each nation devoted resources to unproductive military purposes. Finally, the end of the cold war came with the collapse of the dysfunctional Soviet economy. Although, the Soviets lost the cold war, in the light of the ascendancy of its competitors, the United States did not win it.