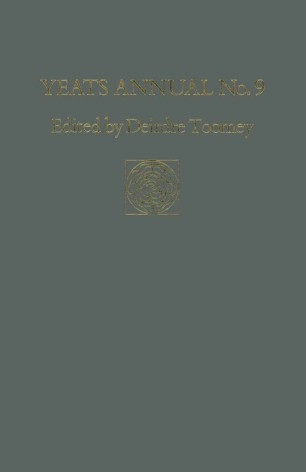 Part of the Yeats Annual book series (YA)

Yeats and Women is a special issue of the distinguished Yeats Annual series and is the first collection of essays upon W.B.Yeats to focus upon his relation to women. Its critical and biographical approaches employ feminist and psychoanalytic theory, and social anthropology. The seventeen plates (many hitherto unpublished) include the tomb and coffin of Maud Gonne's first child, Florence Farr's occult Egyptian shrine, and the last photograph of Yeats.