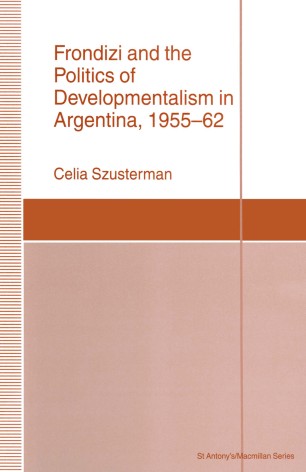 Frondizi and the Politics of Developmentalism in Argentina, 1955–62

This book explores the dilemma facing Argentina after Pern's overthrow in 1955: how to consolidate a liberal-democratic republic after the breakdown of the old corporatist regime, when the necessary values and traditions had been eroded? Frondizi's, and his chief advisor Frigerio's, developmentalist style - a mixture of sheer voluntarism and undemocratic behaviour - and his abandonment of life-long principles, reinforced public suspicions of politics, marking in 1962 the beginning of a new cycle of military interventions that became the main feature of Argentine politics for the next two decades.